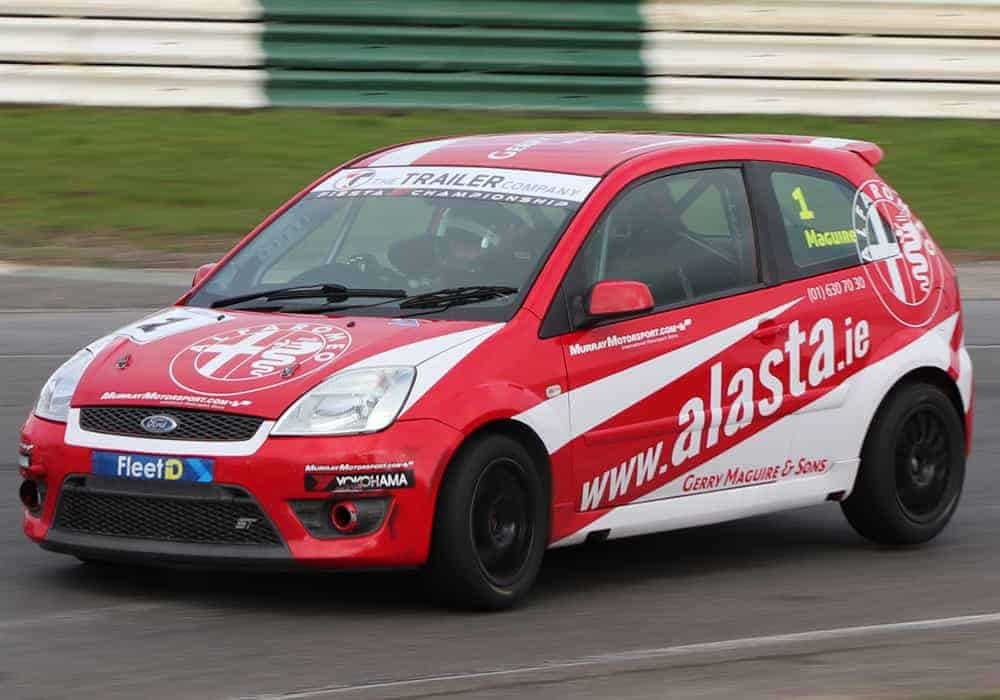 Michael Cullen leads the way after a hectic ‘The Trailer Company‘ Fiesta ST Championship opening weekend at Mondello Park on April 14th & 15th. There were three different winners from the closely contested races, as the series kicked off the new season with its first ever triple header.

Saturday’s opening race went to Cullen, who converted his pole position into a lead which he held for the duration of the race. The win was not straight forward however, as Cullen was under pressure throughout. Initially the pressure came from the ‘The Trailer Company’ liveried car of Darragh McMullen and then from John Denning, as McMullen had an off and dropped down the field. In the closing stages, reigning champion David Maguire took up the chase, as he passed Denning and then got to within two tenths of a second of the winner.

The top six finishers were reversed for race two and this gave the race one top three a little more work to do to get to the front. Maguire made a strong start from fifth but spun on the exit of the first corner and dropped to fourteenth place. At the front Gordon Kellett and Barry-John McHenry were holding each other up and this allowed Denning and Cullen to move past into the top two positions.

Denning had Cullen for company throughout the remaining laps but held on for his first win since the opening event of 2017. Kellett took his first ST podium with McHenry close behind in third, ahead of Motorcycle Racer Paul Swords, on his Fiesta ST debut. Maguire recovered for sixth place to claim pole position for the final race of the weekend.

The third race saw Maguire get back to winning ways as he made the most of pole position to lead from lights to flag. McHenry got the better of Kellett in the battle for second and third, while Cullen recovered from a coming together with Swords on lap one to claim fourth. Cullen therefore leads the championship from Maguire with the other race winner, Denning, in contention in third just ahead of the consistent McHenry.

The Trailer Company Fiesta ST championship continues its season with its first trip away from Mondello Park, when it heads North to Bishopscourt, County Down, for two races on the weekend of May 12th & 13th.

To keep up with the latest news and results from the championship go to facebook.com/FiestaSTChampionship.