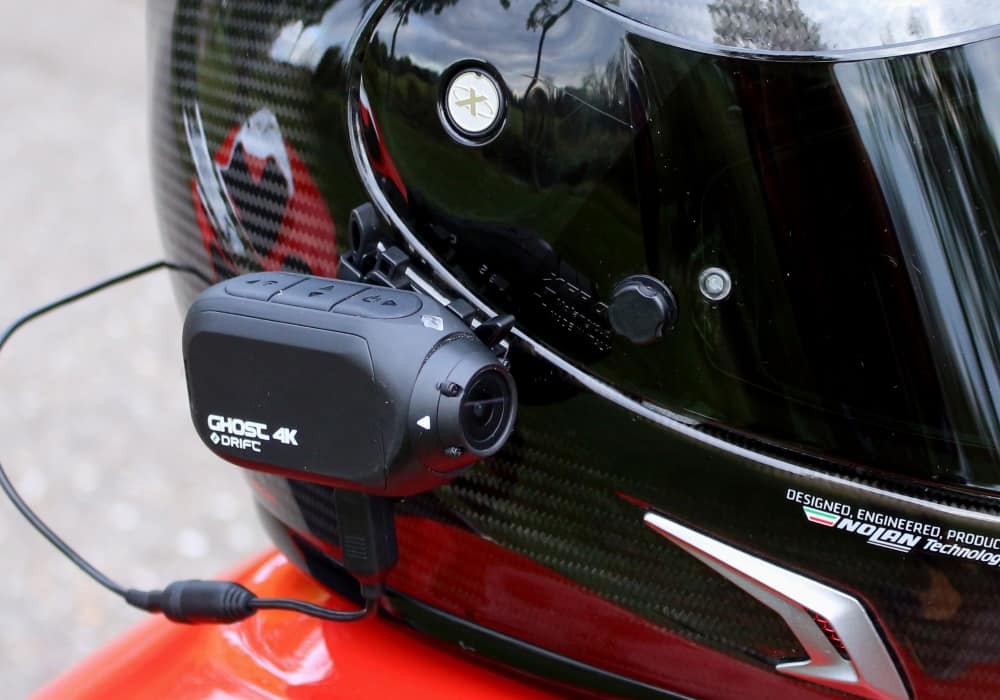 Leading action camera manufacturer Drift Innovation have announced a partnership with the Dunlop Masters Superbike Championship which will see them become the official on-board camera supplier to the series for 2018. Drift’s cameras will be in action for the second event of the year, where they will be used as part of the Dunlop Masters Superbike Championship TV coverage.

Drift will provide Mondello Park with their award winning Ghost 4K cameras for use as part of the championships’ recently announced return to Television with Ireland’s leading sports broadcaster ‘eir sport’. As part of this coverage, cameras will be carried by a selection of riders in the Superbike and Supersport classes with up to eight on-boards available per class.

Drift is one of the world’s most experienced and trusted wearable camera brands, with an innovative ​approach to usability, design and dedication to its customers, ensuring that it provides award­ winning ​cameras. A small, passionate team based in London, Drift are determined to create the best wearable video cameras in the world.

With the Ghost 4K, Drift brings its signature features into the 4K world with a strong focus on their loyal motorcycle followers. The most powerful Drift camera to date, Ghost 4K also introduces an all-new modular system allowing the flexibility to extend battery life or install an LCD touchscreen.

In addition to employing the Drift cameras to enhance their Masters Superbike Championship TV coverage, Mondello Park will also use the Ghost 4K cameras across all of their promotional video shoots, including event promotions and filming of the venue’s exciting range of driving activities.

“Here at Drift, we’re really excited to be given the opportunity to deliver on-board footage for the Dunlop Masters Championship. The motorcycle community has been a huge influence on the design of our product, and this is the perfect proving ground for the Ghost 4K.”

Speaking about the new partnership with Drift, Mondello Park General Manager Roddy Greene said, “Drift agreeing to provide our on-board cameras for our return to Television is a great boost to the championship and will really enhance the quality of our programmes. We’ve only just begun using the Ghost 4K but have already found it to be a major step up from the cameras we’ve used before and we’re really looking forward to putting out the footage through our eir sport programmes, starting with rounds five and six, as well as working with Drift to enhance our own promotional videos.”