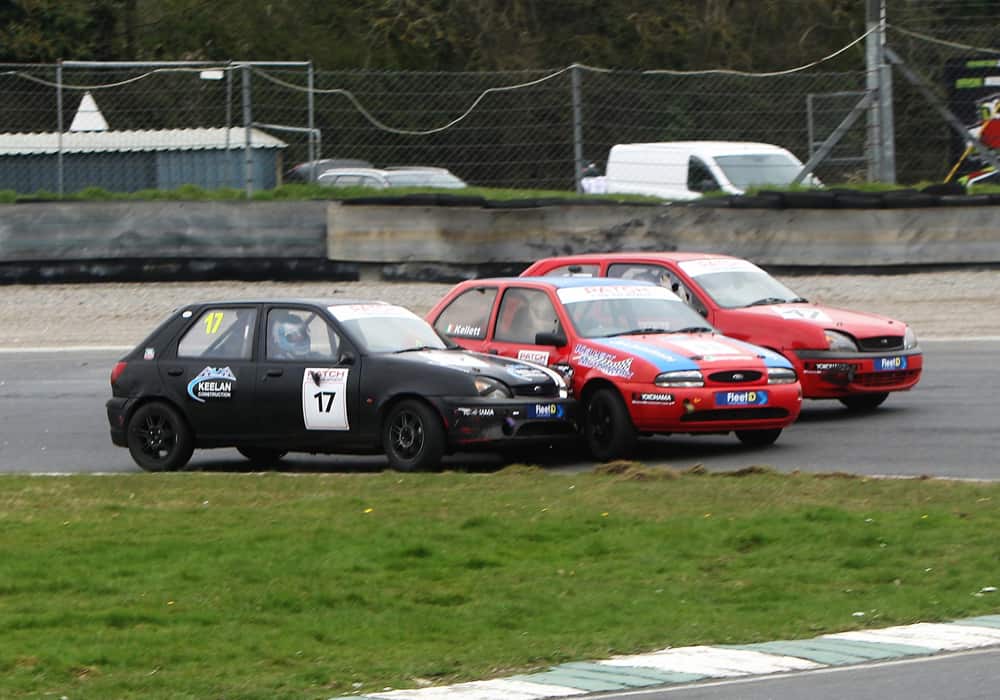 Mark Johnston took his maiden race win as the Patch Tyre Equipment Fiesta Zetec Championship kicked off 2018 at Mondello Park with three races on April 14th & 15th, but it is Owen Purcell who leads the championship after the opening weekend as he clinched the other two victories.

Purcell started 2018 as championship favourite following some impressive 2017 performances but found himself second to Johnston at the end of qualifying, with William Kellett third. After the first attempt to run the race was stopped, Purcell made the most of the restart to lead the early laps, but Johnston was not about to let him have it all his own way. A race long battled ensued with the leaders swapping places regularly until Johnston made the place his on the penultimate lap and held on to win by less than a second from Purcell, with Kellett rounding out the podium.

Race two was very different to the season opener as a multi car pile-up on the opening lap split the field. Darren Lawlor started from pole courtesy of the reversed grid but soon found himself down in sixth as the order was shuffled by the incident. Purcell made quick progress from the third row of the grid and was into the lead by the end of lap two. As Purcell cruised to the victory, Johnston found himself as low as fifteenth but was able to battle back to ninth to limit the damage. At the flag it was Purcell who took the win ahead of the recovering Lawlor and podium first-timer, Colin Murray.

Race three was reasonably straight forward for Purcell who again started sixth. Pole man William Kellett was beaten away from the lights by the more experienced Michael Fitzgerald and then got muscled back down the field to fifth. Ahead of him Fitzgerald held the flying Purcell off until half distance but in the end had to give best to the race two winner. As Purcell took over at the front, Johnston was battling back from ninth on the grid and moved into the runner up spot with three laps left, but could do nothing about the leader and had to settle for second as Fitzgerald came home a distant third.

By the end of the three races Purcell’s two wins and a second place were enough to give him a healthy fifteen point championship lead over Johnston in second. Kellett sits third a further eight points back, just ahead of Lawlor and Denis McCrudden in joint fourth.

The Patch Fiesta Zetec Championship continues its season with a trip to Bishopscourt, County Down, for two races on the weekend of May 12th & 13th.

To keep up with the latest news and results form the championship go to facebook.com/ZetecChampionship.