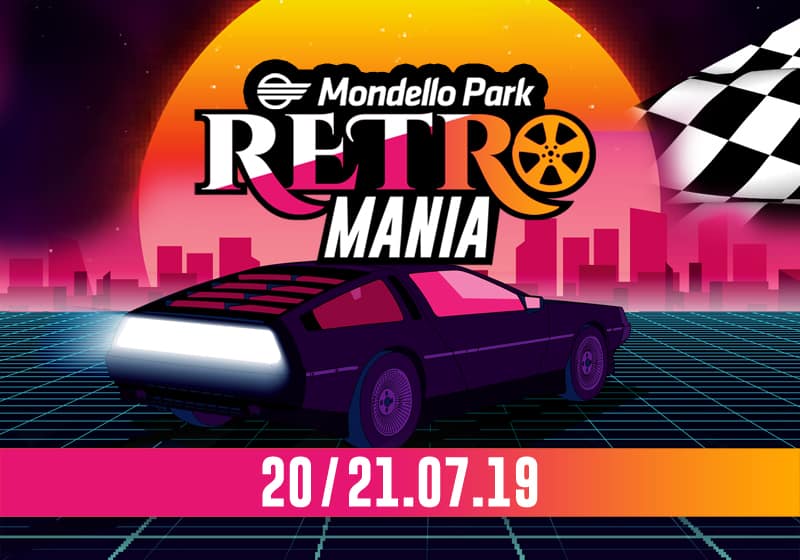 Retromania Car Show to turn back the clock to the eighties

Retromania is a new addition to the Mondello Park Car event calendar which aims to recapture the automotive world of the 80’s and 90’s. Alongside two days of track action, displays of Retro builds will take you back to a time when old school Touring Cars and Group B Rallying ruled the world of Motorsport and the internal combustion engine was being pushed to its limits.

Combine this nostalgia with an 80’s throwback party, 90’s tribute bands, Drifting and RallyX action, and you have a festival any petrolhead can enjoy. Not only will you be dancing the day away, the event also offers an 80’s video game arcade, giving you the chance to re-live your youth and try again to beat your high score! All this while munching on 80’s themed food. The weekend promises to get your adrenaline pumping in every regard! with RallyX, Drifting and a retro car show, this event will have you leaving on a high!

The opening day, Saturday July 20th will feature ‘Link ECU’ Drift Games Extreme practice and qualifying alongside three runs of heats for the ‘Parts for Cars’ Irish Rallycross Championship. The track action will be almost non-stop from early in the morning right through to the afternoon.

On Sunday, day two of Retromania will see drivers from the Link ECU Drift Games Extreme Championship battle it out through the elimination rounds to get us down to just two drivers to go head to head in the Round 3 final. In between the drift battles it will be the turn of the Parts for Cars Irish RallyX Championship, as its drivers tackle the semi finals and finals of Round 4 of the series, which features four wheel drive Supercars and two wheel drive Modified cars.

For more information and to purchase your Retromania tickets click HERE.