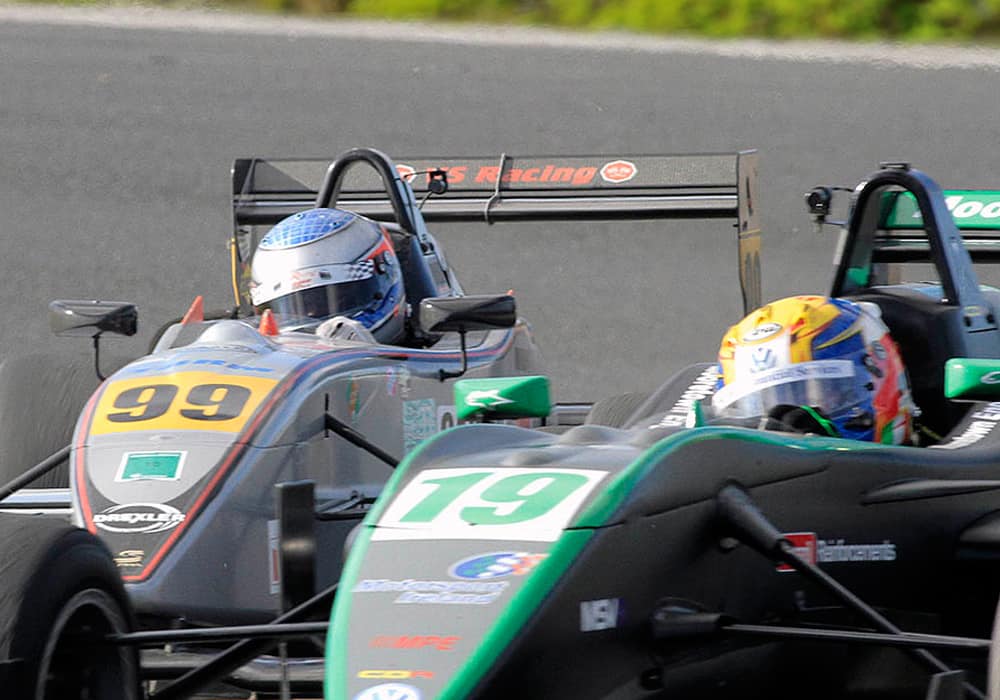 The annual show-piece of the Irish Car racing season, the Leinster Trophy Races, takes place on the Mondello Park International Track this weekend, September 15th & 16th. The Leinster Motor Club’s event has attracted the largest entry of the season, with the headline ‘Leinster Trophy’ race set to be contested by a field of twenty cars.

The annual race for the Leinster Trophy, the most prestigious prize in Irish Motor Racing, will be the highlight of a busy twenty five race programme, spread over two days. The main event, a twenty minute race on Sunday afternoon, will feature a grid made up of Ireland’s fastest and loudest single seaters from the BOSS Ireland championship. The impressive entry list includes seven Formula 3 cars and three Formula 3000’s, as well as a selection of other fast and loud machinery. Sunday’s race will be the second outing for the BOSS Ireland cars which will have their championship race on Saturday.

The weekends’ action will include rounds of almost all of Ireland’s Motor Racing classes with many having their final event of the season and a number of championships set to be decided. All of the classes on show have attracted their biggest fields of the year, making up an impressive entry of more than two hundred and twenty cars.

One of the largest fields of the weekend will bring three categories together to race in one all-comers saloon and Sportscar race on Sunday. Drivers from the Irish Touring Car Championship and ASK Supercars, who have raced together all season, will be joined for the first time by the Open Endurance series which will be contesting its first ever sprint race. The three race series together will have a field of more than thirty cars and a hectic race is in prospect. The Open Endurance Championship will also contest a stand alone sprint race on Sunday and a fifty minute Enduro on Saturday.

Of the remaining races the ‘Patch Tyre Equipment’ Fiesta Zetec double header will complete their championship on Saturday with the HRCA Historics and Ginetta Juniors also racing on day one. Formula Vee and Formula Sheane will have a single race each day and they will be joined on the Sunday timetable by the final races for the ‘The Trailer Company’ Fiesta ST Championship. Rounding out Sunday’s timetable will be the Saloon races along with three races for Legends and double headers for Strykers and Future Classics.

Tickets for the Leinster Trophy weekend can be bought in advance at reduced prices from the Mondello Park website with single day admission available for €12.50. Adult admission purchased on the day will be €15.00 with under sixteen’s admitted free. All admission includes a complimentary event programme.

For the event timetable and to buy your Leinster Trophy Tickets CLICK HERE.