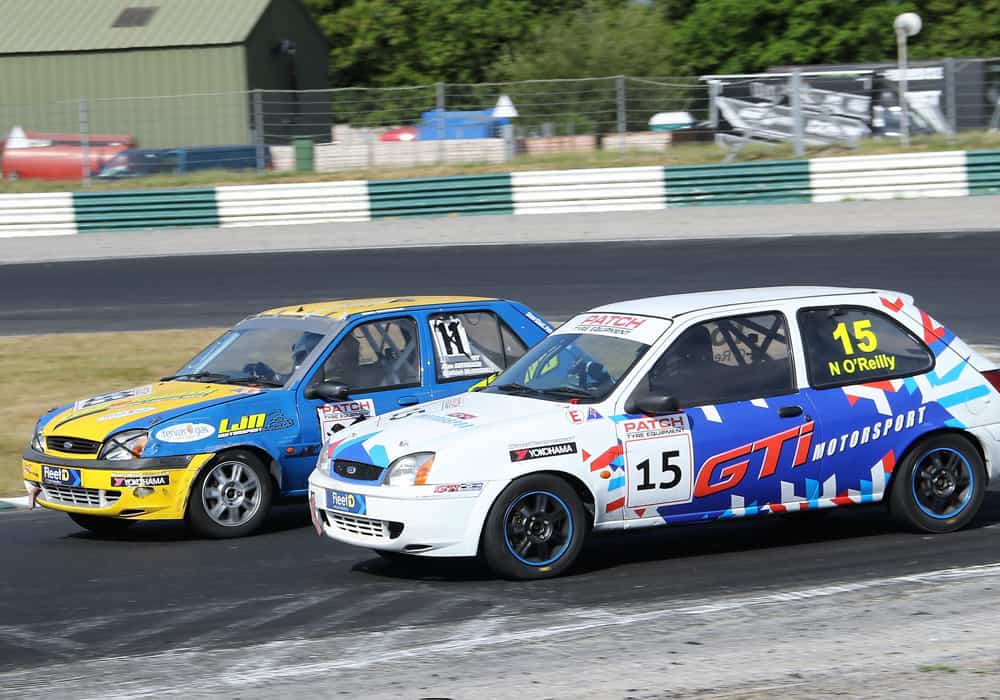 The 2018 Patch Tyre Equipment Fiesta Zetec Championship heads towards its finale as the drivers prepare for this weekend’s double header on the Mondello Park International Track. The top position in the championship is already decided as Owen Purcell cannot be caught but behind him the race for second and third remains open with Mark Johnston and William Kellett in contention.

The popular budget saloon racing series, which is backed by leading Tyre trade supplier, Patch Tyre Equipment, will provide one of the largest fields at the final Car Race event of the season, the annual Leinster Trophy races with qualifying and one race scheduled for Saturday and one race on Sunday.

With seven wins Owen Purcell has been the dominant force in this year’s championship and he heads into the final event of the season knowing he cannot be caught. The Dubliner has impressed all season, either when leading from the front, or making light work of recovering from starting down the field in the reversed grid races, as he has made it to the podium on all but one occasion.

Mark Johnston and Michael Fitzgerald are the only other drivers to have won this year and consistent finishes behind Purcell have helped Johnston to second in the standings. While second is reasonably secure, a maximum score in this weekend’s opener could move William Kellett into contention and put Johnston under pressure for the championship runner up place. A win would be a tall order for teenager Kellett, who is one of the youngest drivers in the field, as he has never previously won or taken pole position for a Patch Fiesta race.

The remaining championship positions are unlikely to change but that won’t stop Michael Fitzgerald continuing his late season charge which has seen the highly experienced veteran racer pick up two wins from the last three races. But for some early season non finishes, Fitzgerald could have been a contender, and he remains the most likely to challenge Purcell for the wins this weekend.

Tickets for the Leinster Trophy weekend can be bought in advance at reduced prices from the Mondello Park website with single day admission available for €12.50. Adult admission purchased on the day will be €15.00 with under sixteen’s admitted free. All admission includes a complimentary event programme.

For the event timetable and to buy your Leinster Trophy Tickets CLICK HERE.