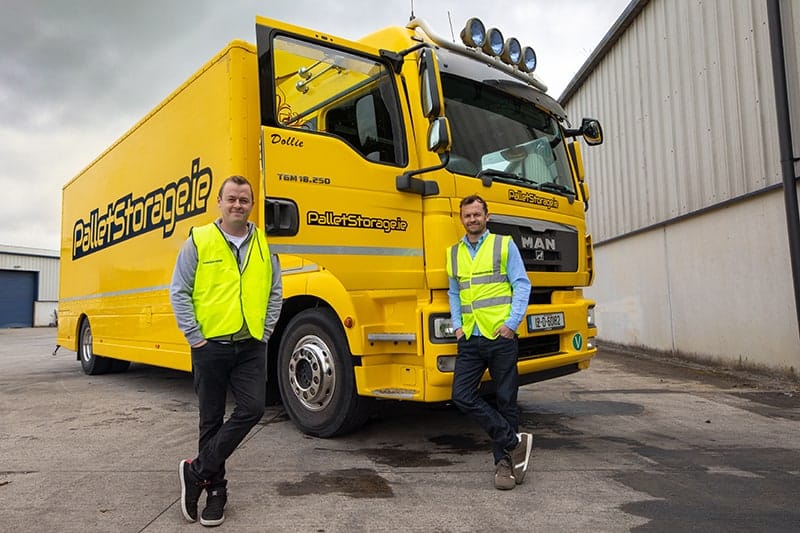 Meath based Palletstorage.ie has been announced as the title sponsor of Mondello Park’s 2020 Fiesta Zetec Championship.

The series commences with a double header this weekend as the circuit reopens for circuit racing for the first time this year. The Fiesta series caters for standard Ford Fiestas powered by the 1.25 Zetec engine and since its inception in 2013, has been one of the most popular classes in the sport.

The 8 round Palletstorage.ie Fiesta Zetec Championship will be based at Mondello Park for the newly announced race season, and boasts a strong entry including 2019 Champion William Kellett, who has made a last-minute decision to defend his title.

Roddy Greene, Mondello Park. ” We are delighted to welcome Palletstorage.ie onboard as the class sponsor for 2020. Barry and the Rabbitt family are well known to us here in Mondello and we are big fans of networking through sport so this relationship ticks the box on many levels.”

Barry Rabbitt, Pallettstorage.ie “Palletstorage.ie are delighted to support the 2020 Fiesta Zetec Championship. It’s a fantastic championship to introduce new driver to Irish racing and the annual 6 Hour race is fast becoming the highlight of the season!”

PalletStorage.ie is a family owned and run business with generations of experience in the general logistics industry. Their sister business Deliver-It.ie offered basic storage options for clients as an additional service to its transport services. Over time, these storage services grew to form a considerable part of the business and PalletStorage.ie was launched.

Since then, the company has experienced steady and modest growth of their storage business and currently have over 1000 pallets in storage at any given time.

The Irish RallyX Championship will look to start its new season in imp...