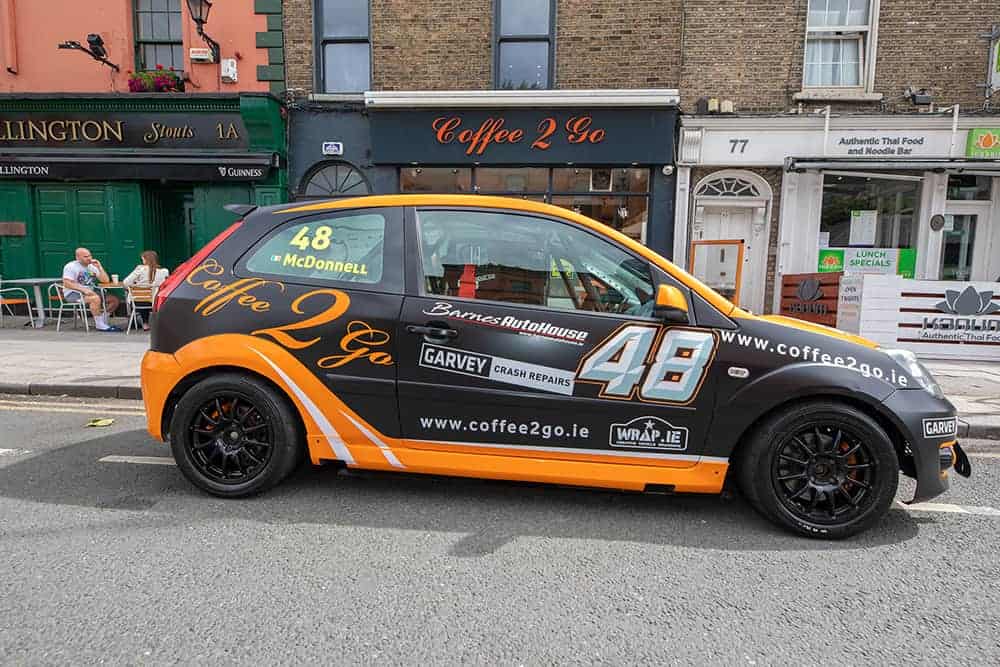 Graham McDonnell is not only a keen motor racer, but also the owner of the well known coffee shop chain, Coffee 2 Go. For 2020, he has combined his passions as his business teams up with the class he competes in- the newly named Coffee 2 Go Fiesta ST Championship.

The Fiesta ST Championship is, as its name suggests, a one make series for the 2.0 Ford Fiesta ST. With tightly controlled technical restraints, cars are closely matched and the 2020 entry list looks to be the strongest of all race classes, as a multitude of former champions prepare to battle for the coveted title. The newcomers include Formula Sheane Champion Richard Kearney, five time Hewison Autotest Champion Eddie Peterson and Ginetta Junior graduate Christopher Grimes Junior.

The Championship starts in July at Mondello Park with two races and all eight rounds of the shortened season will take place at the Kildare venue.

Roddy Greene, Mondello Park “The Fiesta ST Championship provides some of the best racing on track and Coffee 2 Go provides the best coffee- so it’s a good match. The class has attracted some highly competitive drivers over the break, and we can’t wait to get going”

Graham McDonnell, Coffee 2 Go: “Coffee 2 Go is delighted to sponsor the 2020 Fiesta ST Championship. I have taken park in the series since its inception in 2016 and we feel it is the best championship in Ireland, with the closest door to door racing. It also has some of Ireland’s most experienced and racing drivers on the grid. Although the 2020 season has been shortened due to covid 19, Coffee 2 Go is delighted to endorse Irish motorsport and the Fiesta ST Championship in these unprecedented times.

Established in 1997, Coffee 2 Go is regarded as the leading coffee shop for its consistency in producing a high quality product. Coffee 2 Go take pride in the high standard of their coffee, ensuring each barista is individually trained by them in their HQ on Mespil Road.

The Irish RallyX Championship will look to start its new season in imp...