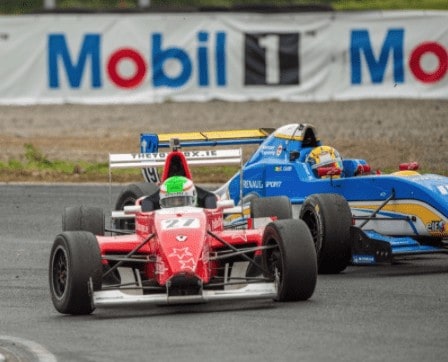 Mondello Park is pleased to announce that it has reached agreement with Motorsport Ireland for the organisation and promotion of the Motorsport Ireland Circuit Racing Championships for an initial five-year period commencing with the 2021 racing season.

Following the submission of an extensive proposal by Mondello Park in response to an expression of interest document issued by Motorsport Ireland, Mondello Park has been selected as its preferred partner as it was felt the proposal best serves the interest of the Championships and the interests of circuit racing and motorsport in general.

Commenting on the appointment, Managing Director of Mondello Park, Roddy Greene said, “We are privileged and honoured to be appointed as the new Organisers and Promoters of the Motorsport Ireland Circuit Racing Championships. I firmly believe that we have the expertise and personnel to provide the highest level of support, ensuring the strongest future for circuit racing in Ireland. Whilst still negotiating with Motorsport Ireland, we have been extremely busy behind the scenes in making sure our plans are ready to go. Now that we have reached agreement, further details of our exciting plans for the 2021 season and beyond will be released in the coming days and weeks.”

John Naylor, President of Motorsport Ireland, said, “Our appointment of Mondello Park as Organisers and Promoters of the Motorsport Ireland Circuit Racing Championships has come after a long and extensive selection process. However, we believe that the future of circuit racing in Ireland is now in safe and very capable hands. Mondello Park submitted an exciting proposal and it was evident that they had carried out a huge amount of research into circuit racing, acquired the services of some very impressive personnel and made a notable financial commitment for the furtherance of our circuit racing championships. I look forward to working with Mondello Park, watching their revitalisation and growth of circuit racing in Ireland and, further developing a thriving sport for the benefit of our competitors, teams, marshals, officials, spectators and other stakeholders”

Mondello Park can confirm that racing will return to the venue on the dates below, but are provisional and subject to government guidelines:

Each event will see a selection of classes from the Irish Circuit Racing Championship compete over the weekend, with additional Guest Championships, Series and Trophy races still to be announced. 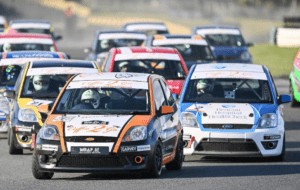 The Coffee2Go Fiesta ST competitors charge into Turn One at Mondello Park. Image from Michael Chester.