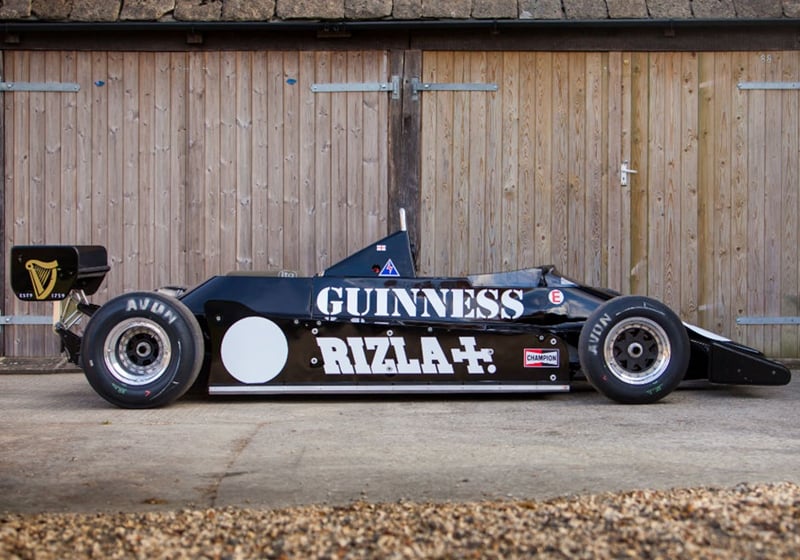 Having previously announced the celebration of sixty years of the Mini at the festival, Mondello Park can also now introduce another star car to the show line-up. One of the most important cars in the history of Irish Motorsport, Derek Daly’s 1981 F1 March 811, along with the legend himself, will be in attendance. The Guinness sponsored March Formula 1 car last appeared at Mondello Park in 1981, when Daly performed some demonstration laps, and it’s return to Kildare will bring back some fond memories for Irish Motor Racing fans.

Joining the March F1 display will be demonstration laps by a selection of cars from the Martin Birrane collection, which is housed in the Mondello Park Motorsport Museum. The full collection will be available for show visitors to view in the museum free of charge throughout the festival. With Mini racing and parade laps, Car and Motorcycle Racing on-track and plenty to see and do off-track, the festival will have more than enough to satisfy fans of classic cars and motorcycles.

For those who really want to immerse themselves in the nostalgic feel of the event, Menswear fashion house MAGEE will sponsor the ‘Best Historic Dressed Man’ Competition, with the winner taking home a MAGEE voucher for the value of €400. For this year a Historic Food village will also take show visitors back in time and this will be enhanced by the presence of Kildare Brewing who will attend the festival to share their knowledge of local brewing with visitors along with offering the opportunity to sample their range of beers.

Another exciting announcement is that celebrity chef and proprietor of L’Ecrivain, Derry Clarke, will be heading up the kitchen for Mondello Park’s Corporate package offering. Derry along with wife Sallyanne are already planning menus that promise to delight and excite the palate with profits from the corporate package going to support Pieta House.

Admission to each day of the event is normally €15.00 for adults with under sixteen’s admitted free but day and weekend tickets are available at discounted prices HERE.