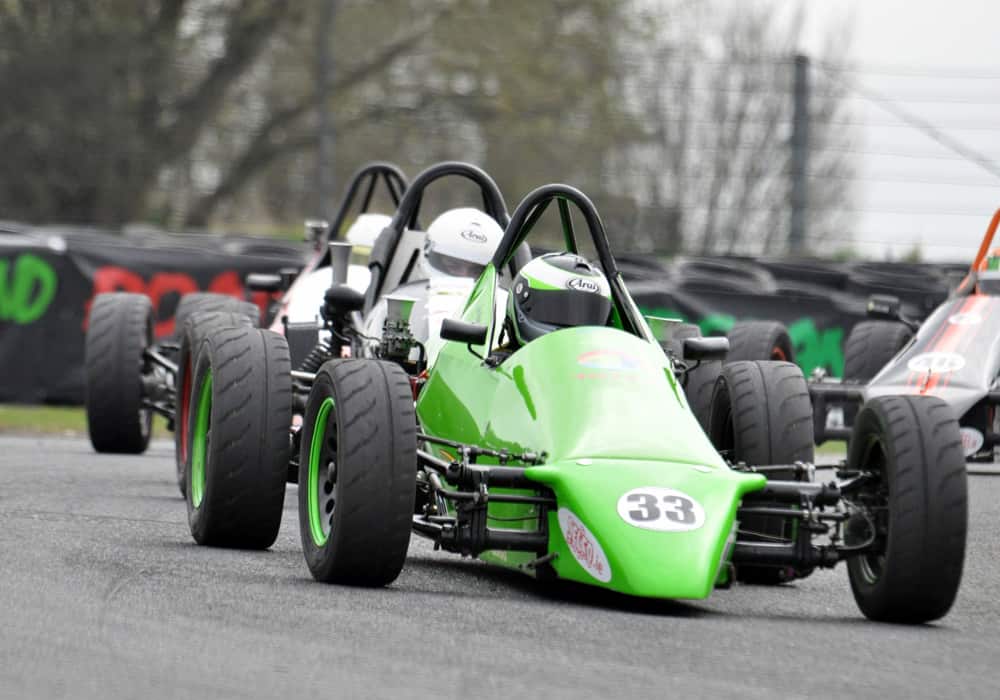 The Irish Formula Vee Association’s annual Formula Vee Festival hits Mondello Park on Saturday and Sunday, July 7th & 8th, with its biggest entry since the events’ re-introduction in 2012. For the first time in more than a decade the Festival will include visiting drivers from the UK Formula Vee Championship.

The annual Charity event which will be run by the County Kildare Motor Club, will once again take place in aid of LauraLynn, Ireland’s Children’s hospice. The Vee Festival committee have set a goal of raising over €20,000 from the weekend to bring the total raised in the history of the event to over €100,000. The festival will raise funds in a number of ways including, event programme advertising, an auction on Saturday night, a pit stop challenge and the annual Fiesta push race as well as a portion of the admission fee going to the charity.

The races for Formula Vee will begin on Saturday with a single round of the Irish Championship made up of qualifying, a qualifying race and a final, while the UK competitors will also have their own qualifying and a pair of races. On Sunday the UK and Irish Vee’s will be combined into two heats, using Saturday’s qualifying times, with the top finishers from each heat going straight into Sunday afternoon’s festival final. The remaining drivers will have to go through a last chance race to grab the last slots on the final grid.

Saturday’s event will include races for the Open Endurance Championship who will compete over a fifty minute duration. The first of three races will also be held for ‘The Trailer Company’ Fiesta ST Championship and ‘Patch Tyre Equipment’ Fiesta Zetec Championship as well as the Ginetta Junior class. Legends will make their first appearance of 2018 as they undertake their own unique three race format complete with reverse grids.

The main event on Sunday will be the Formula Vee Festival for which a full gird of thirty two cars is expected. The grid will initially be based on finishing positions in the heats but at the last minute things will be spiced up as some of the top grid positions will be reversed with the exact number to change being decided by a draw.

The rest of the Sunday programme will be made up of two more rounds for each of the Fiesta classes, another trio of Legends races as well as races for Strykers, Formula Sheane, Irish Touring Cars and Future Classics. Alongside the racing the event will have a strong family feel with Bouncy Castles and Play Zone for the kids as well as face painting, games and the introduction of Grid Kids to the event for the first time.

For more event information, the timetable and tickets CLICK HERE.