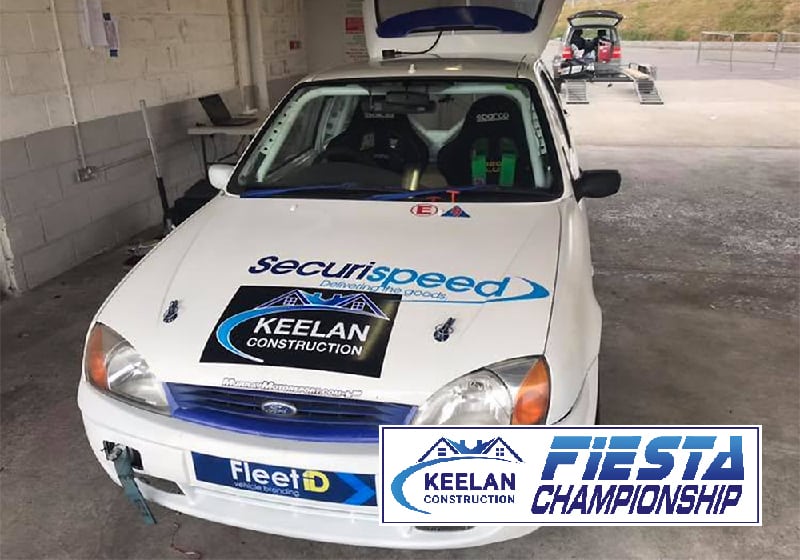 Mondello Park is always delighted to welcome a new sponsor on board and this year we are particularly happy to have Fiesta Zetec Championship sponsor Dan Keelan join us, especially as he is such a confirmed petrol head.

The first stock car Dan took into competition was a Ford Sierra and this season he will return to his Blue Oval roots, following a break of more then a decade, as he takes to the track in the Fiesta Championship which will carry his company name. The Keelan Construction MD decided he wanted to get back behind the wheel after his “career break”, as he missed the fun, having rekindled his interest through sponsorship of 2018 Champion Owen Purcell.

Along with cars, Dan’s other great interest is building. Keelan Construction was established by Dan in Ireland in 2015, following 20 years of proven success in the UK. The company now provides its Irish clients with high-quality building expertise for residential projects including new builds, extensions, renovations and ongoing maintenance. Keelan Construction focuses on quality, using the best materials and building methods to consistently deliver the highest standards of work.