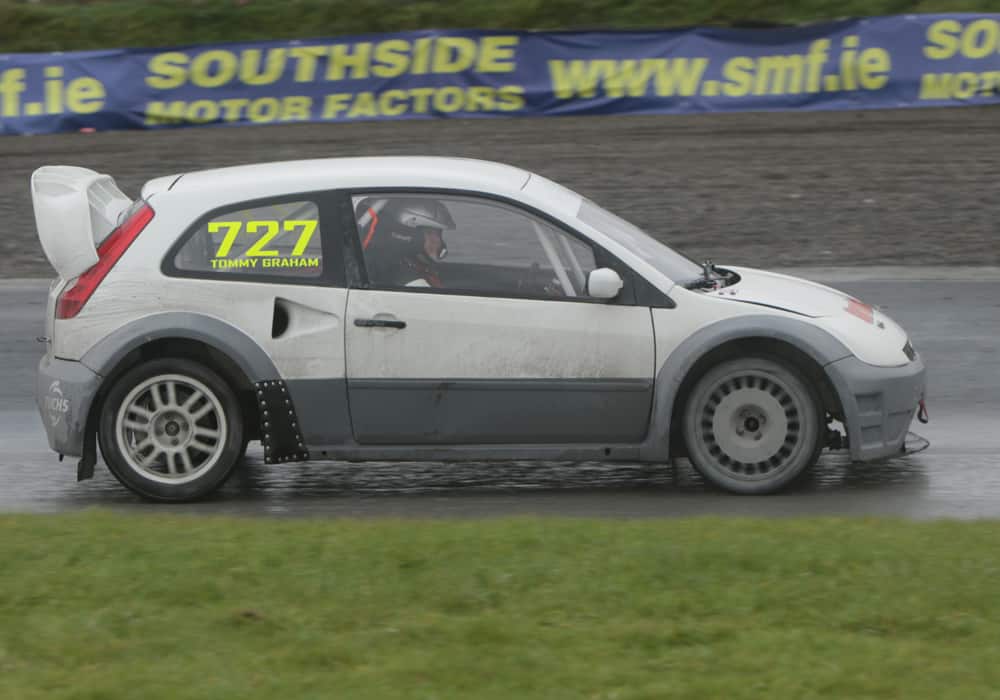 Mondello Park’s final round of the 2018 Parts for Cars Irish Rallycross Championship will be graced by the largest Supercar grid for a domestic event for many years, this Sunday November 25th, as nine Class 1 drivers will battle it out for a place on the Superfinal grid.

For the season finale the championship regulars will be joined by Welsh visitors Mike and Liam Manning, driving Ford and Subaru machines, as well as being boosted by the appearance of additional local cars. In all, four Ford’s, three Fiesta and a Focus, will battle with the same number of Subaru Imprezas and the lone Mitsubishi of Noel Greene. With the championship already secured by the absent Derek Tohill, Green and Fiesta driver Declan Kelly will go head to head to decide the runner-up spot in the championship, which they currently share, well clear of fourth placed Derek Jobb.

Out of the championship hunt but in contention for victory this weekend will be local favourite Tommy Graham, having his second run in his new Fiesta Supercar, Welsh visitor Manning with another Fiesta and the Subarus of Willie Farrell and Michael Morris.

The 2WD Modified division has also attracted a strong line-up with thirteen cars entered and a wide variety of machines in contention. Peter McGarry’s Vauxhall VX220 currently leads the championship chase just three points ahead of Michael Coyne, with his Vauxhall Nova, while BMW mounted Pearse Browne and Lloyd Spendlove with his Lotus are also still in with a chance of championship glory.

Of the remaining classes the RX Buggies will provide some of the more spectacular racing as a field of seven drivers will take to the grid. Less powerful than the Buggy’s but still providing plenty of action will be a similar number of Fiestas and the growing Junior Rallycross division. A large and varied field of Rallycars and the more standard Production class will round out the action.

Sunday’s championship decided gets underway with practice from 09:00, followed by three rounds of heats and the finals. Admission is just €12.50 booked on-line from HERE with under16’s admitted free.