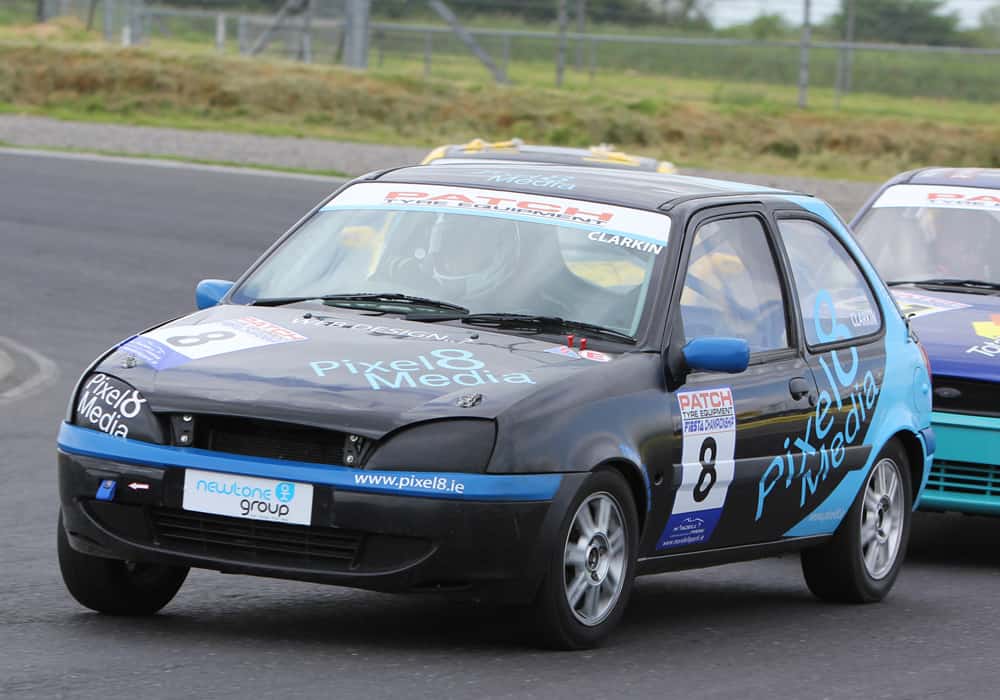 Mondello Park and Patch Tyre Equipment have announced the continuation of their association for a sixth season as the Clane based Tyre Trade Suppliers return to title sponsorship of the Patch Fiesta Zetec Championship where they first began their involvement with Mondello Park.

Having started as the Zetec Championship sponsors in its first season back in 2013, Patch Tyre Equipment have had a strong association with Fiesta racing ever since, as they were also title sponsors of the Fiesta ST Championship in 2016 and 2017. With company owner Brian Matthews also competing in the Zetec series, Patch will now return to their roots for 2018.

“We are delighted to return to an involvement with such a successful grass roots championship”, said Patch Tyre Equipment MD Brian Matthews. “Over the years our involvement with Mondello Park has boosted our profile and we have always enjoyed our association with the Fiesta championships. The beauty of the Zetec series is its accessibility and it has proved to be an inexpensive entry level class for many budding racecar drivers, myself included.”

Mondello Park General Manager Roddy Greene also commented, saying “Brian Matthews has been one of our strongest supporters over the past few years and we are really happy to have Patch Tyre Equipment back as title sponsor of the Fiesta Zetec Championship. Brian’s support was instrumental in getting this class going in 2013 and we know that with his backing the championship will continue to thrive.”

The Patch Fiesta Zetec Championship will race on four circuits over five events during 2018, taking in three Mondello Park Track variations as well as a first trip to Bishopscourt Co. Down. The season will feature two triple headers and three double headers in its twelve race calendar which opens on the Mondello Park National Track on April 14th and 15th and finishes on the International Track in September. Along the way it will also race at Bishopscourt and on the reversed Mondello Park National track for the first time.

About Patch Tyre Equipment:
Patch Tyre Equipment are Ireland’s leading supplier of tyre and garage equipment. They have built their reputation since 1993 on a range of quality products, expertise, service and support they provide to their customers. Based in Clane Business Park in County Kildare, customers can now order direct from their brand new website www.patchtyre-equipment.ie.