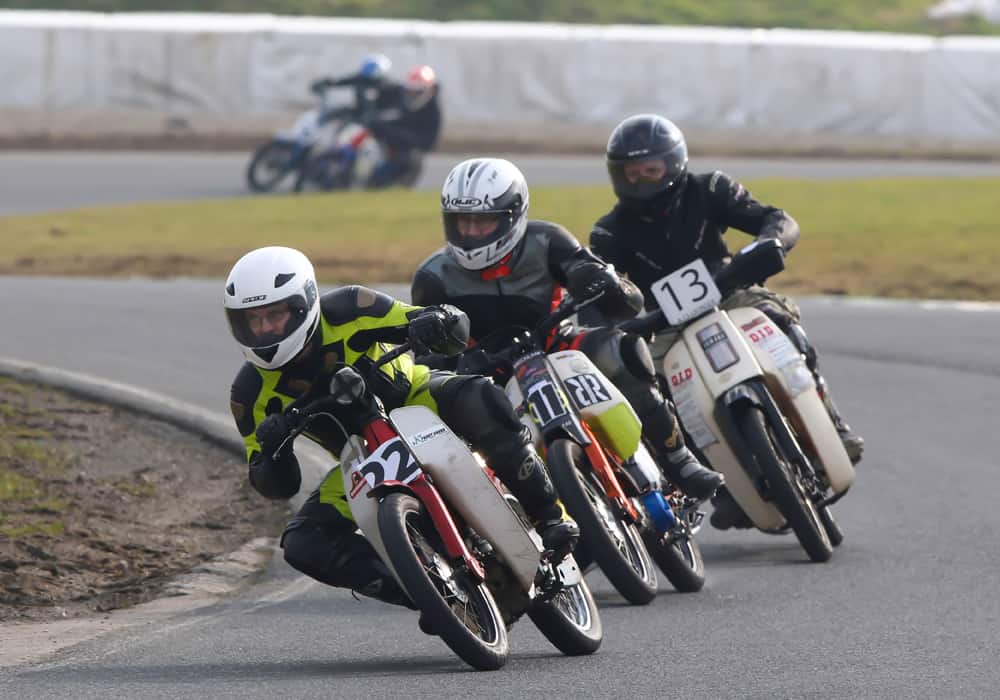 The longest event on the Irish Motorcycle racing calendar, the annual ‘Nifty Fifty’ charity endurance race, opens up the season at Mondello Park this Saturday, February 23rd. The event is one of the most popular and least serious races of the year and will be contested by a grid of more than thirty five teams as it reaches its eleventh straight year.

As well as blowing off the cobwebs for some of Ireland’s top racers, the Nifty Fifty also attracts groups of hardy enthusiasts for whom this will be their one and only race of the season. While riders are attracted by the fun side of the event, it also has a serious side as it has been run in aid of various charities over the course of its ten year history, raising over €100,000.

While the event may not be the fastest run at Mondello Park during 2019 it should provide some of the best entertainment, particularly with the usually chaotic ‘LeMans’ style start. Competitors will race in three classes open to different variants of the Honda Club and Cub ‘step-through’ machines, so there will be battles going on right through the field with each of the class winners receiving a cash award to donate to the charity of their choice.

At the head of the race it will be the modified 90cc machines which will battle for the overall win, with big names from the worlds of Road Racing and Short Circuit Racing taking part. Classes for more standard 90cc and standard 50cc-80cc machines will make up the rest of the huge grid which includes ten overseas teams.
In keeping with the relaxed nature of the event the timetable is a little bit looser than most race meetings. Scrutiny will start at 08:00 on Saturday morning with the aim of getting underway by 10:30. With daylight and temperature as limiting factors at this time of year, the race will run for as long as possible with a maximum duration of six hours.

Admission to the 2019 Nifty Fifty is €12.50 for adults with under 16’s admitted free and the event can be followed via Mondello Park’s on-line live timing.