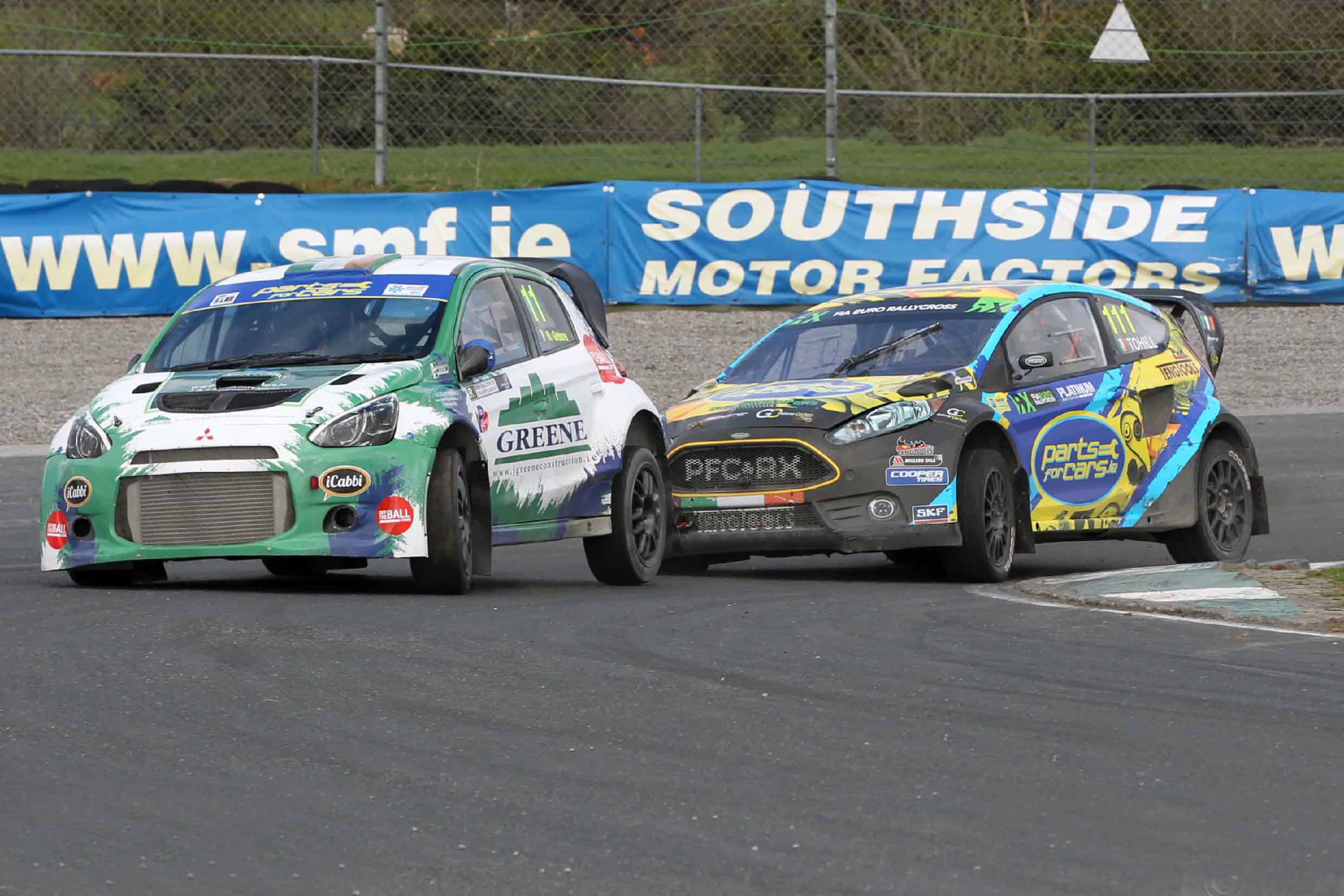 New machines ready to do battle as Irish RallyX returns

The Irish RallyX Championship will look to start its new season in impressive style, as the six round championship heads to Mondello Park this Sunday, March 8th, for its season opener. Round one has attracted an impressive line up in the Supercar and Modified classes with some new machinery ready to hit the track alongside the series regulars.

No less than eight high performance four wheel drive RallyX Supercars will battle it out on Sunday to see who will take the championship initiative. Former European champion Derek Tohill, local favourite Tommy Graham and overseas visitor Mike Manning with their Fiestas, along with regular championship challengers Noel Greene in his unique Mitsubishi and Derek Jobb with his Ford Focus, will start as favourites. Declan Kelly in a new Fiesta Supercar, Thomas O’Rafferty with his similar car and the lone Subaru of Darragh Morris will complete the Supercar line-up.

An eleven car, two wheel drive Modified field, will include all of the usual front runners as well as an impressive new machine for reigning Class 3A champion Peter McGarry, who will race the first Volvo C30 to be seen in Irish RallyX. The 2019 overall modified champion, Willie Coyne, leads the entry list along with McGarry, with the majority of the top ten from last season also entered and ready to do battle once again.

A ten car field of spectacular Rallycross Buggies will see the 2019 top two, Padraic McHale and Pat Bellew back in action. The Fiesta and Junior Champions, Denis McCrudden and Jack Byrne head the entries in their classes, while Retro Rallycross will add to the variety of machinery on show.

Round one of the 2020 Irish RallyX Championship gets underway at 09:00 on Sunday with practice, followed by three runs of heats for each class, culminating with the finals where the real battles will begin. Admission to Mondello Park is €12.50 for adults, booked on-line in advance, or €15.00 on the day, with under 16’s admitted free.