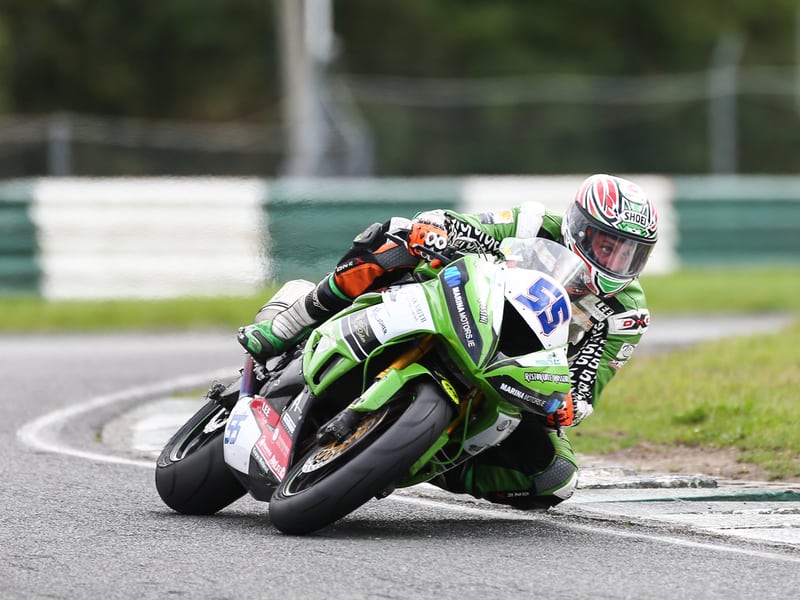 The Supersport class is for production derived race bikes of up to 636cc for four cylinder machines, 675cc for three cylinder bikes and 750cc for those with two cylinders. Supersport is the second tier of Irish Racing and runs to internationally recognised Supersport regulations. The grid at the Masters is a mixture of brand new and older machinery and there is also a wide variety of levels of performance from the bikes and professionalism of the riders. Whatever level Supersport competitors are capable of competing at there is a race for them where they can compete with bikes and riders of similar ability. Following qualifying the fastest riders go into the championship race while the slower riders combine with the slower Superbikes in the ‘B’ Race. To encourage less experienced and improving riders they have their own championship within the main championship called the ‘Cup’. Cup riders compete for overall honours as well as Cup points, prize money and trophies while Pro designated riders can only score overall points.

Who can race these bikes?
Any rider who is over sixteen and has a short circuit or short circuit novice licence is permitted to compete although it is recommended that riders begin in one of the less powerful classes if they are complete novices. Supersport is often the first stepping stone into professional racing for riders graduating from the junior classes.

What bike to go for?
As Supersport is one of the most popular classes worldwide there are loads of options for second hand machinery. Only those with plenty of experience of race bikes would be capable of building a competitive Supersport machine from scratch so it is recommended to pick up as good a second hand bike as you can afford taking into account its previous performances. Both Yamaha and Kawasaki continue to produce bikes for the class but the slightly less current Triumph’s and recent Yamaha and Kawasaki models are all still extremely competitive. While Supersport machines can have highly modified engines, bikes from the more standard Superstock class have been proven to be competitive around the tight Mondello Park track. Superstock machines can be picked up for less money and are cheaper to run than full Supersport bikes.