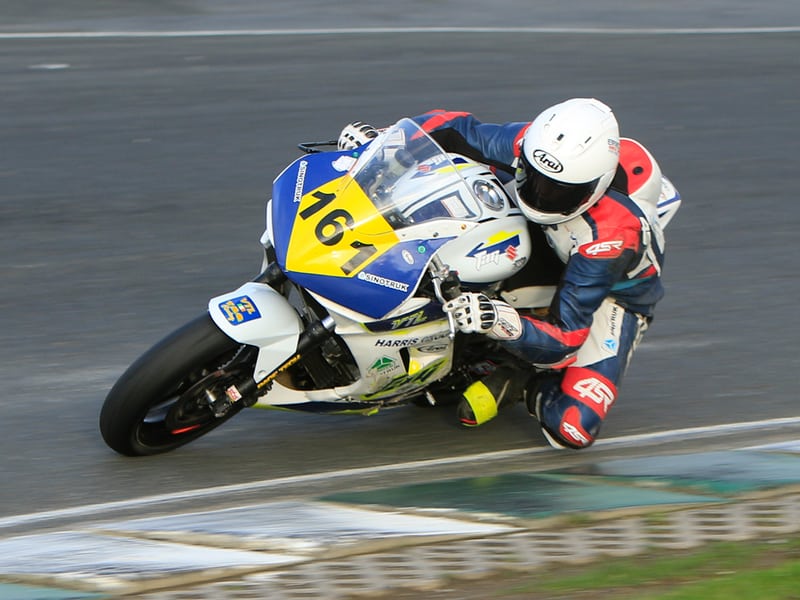 What is this class?
There are two ‘Twins’ classes, both run for the same production-based twin-cylinder bikes of up to 650cc. As the names suggest the Production Twins are standard while the Supertwins may have had major modifications made to the chassis, suspension and engine. The most common machines in the class are the Suzuki SV650 and the Kawasaki ER6 but Aprilia and CF Moto also produces eligible bikes. Twins bikes are not as powerful as the 600cc four-cylinder based classes such as Pre-Injection and Supersport but with good torque and handling they can be ridden almost as quickly around Mondello Park. Production Twins is a great class to start off in before moving to Supertwins and then progressing to other classes such as Supersport and Superbike.

Who can race these bikes?
While either class of bike can be ridden by a newcomer, Production Twins are the most suited to those less experienced as Supertwins competitors generally have a lot of experience of different race classes and the championship is always highly competitive. A Production Twin in the right hands can match a Supertwin around the shorter Mondello Park National Track but will struggle to compete on the longer International layout. Riders can race in Twins from the age of 15 if they have previously raced in the Junior classes or are approved to do so by Motorcycling Ireland. Otherwise 16 is the lower age limit for Twins.

What bike should I go for?
For Production Twins the favoured bike is the Suzuki SV650 as it can generally match its more expensive and modern Kawasaki rival. In Supertwins, the front-running bikes tend to be Kawasakis as they seem to be easier to upgrade than the Suzukis. Second-hand bikes can be picked up for €3,000 and upwards. With plenty of road bikes around and new machines still being built, a competitor with the right abilities can build his or her own bike as all the necessary modification parts are available off the shelf.