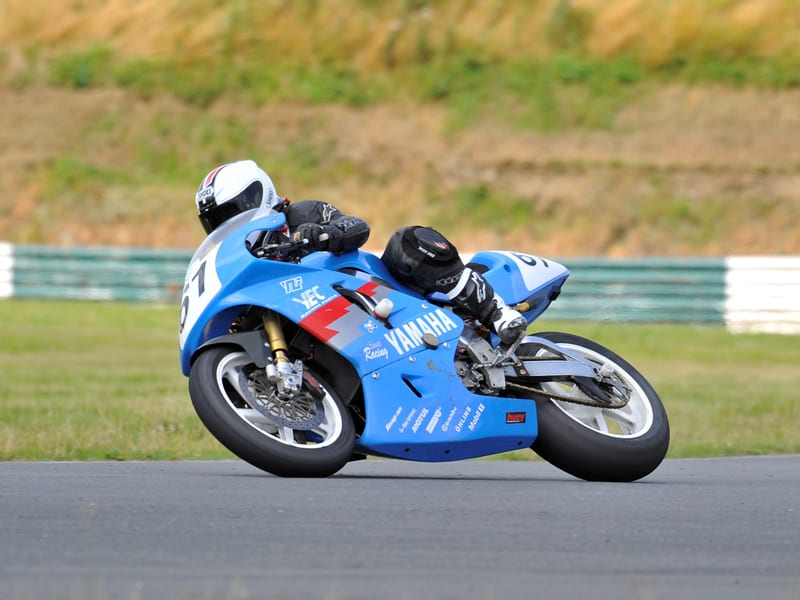 Classic Superbikes is a class for older Superbike, Supersport and 250GP machinery and harks back to the days when these machines competed together in the Unlimited class in the Irish Superbike Championship. At Masters events the Classic Superbikes mainly run alongside the Moto 400 class due to the numbers in both classes but occasionally they run as part of the Superbike and Supersport ‘B’ Race. When running with the ‘B’ race, 250GP machines are not permitted. Classic Superbikes is mainly contested by more mature riders and is often less hotly contested than other championships. Some of the pre-injection 600 and 1000 machines may be eligible for this class.

Who can race these bikes?
In terms of rider eligibility, the bikes in the class are treated the same as Supersport or Superbike machines with a lower age limit of 16 for riders of up to 600cc bikes and over 18 for riders of 750cc and 1000cc machines. The same licence requirements apply.

What bike should I go for?
The most common make ridden in the championship is the Yamaha YZF750R. The Kawasaki ZXR750, Honda CBR and Suzuki GSXR also compete. Bikes must be from before 1994, except where the bike continued to be built in its pre 1994 spec till a later date. For many riders in Classic Superbikes it’s the bike that is important and not how competitive they are; riders tend to ride machines which they have an attachment to and many are self built. Buying a well sorted and maintained machine can be expensive but will be worthwhile in the long run.